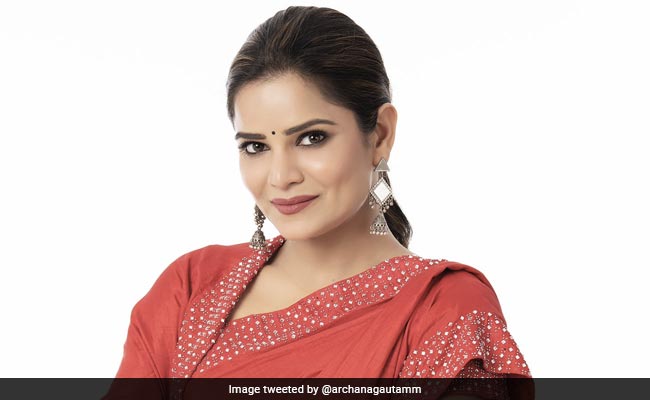 Archana Gautam has urged people to not merge her work in media with herpolitical career.

The Congress has fielded actor and beauty pageant winner Archana Gautam from Hastinapur constituency in the Meerut district to contest the Uttar Pradesh Assembly elections.

Ms Gautam got a ticket within two months of joining the party. She had joined Congress in November 2021.

On Thursday, the party rolled out its first list of 125 candidates for the assembly elections which are due to be held in seven phases in Uttar Pradesh from February 10 and the list includes 50 women candidates.

Speaking to ANI on Friday, the actor-model said that if she wins the Hastinapur seat, then the main focus will be on development work and promotion of tourism.

“Hastinapur is a tourist place and there are lots of ancient temples but people are not able to come here because of the connectivity. The first thing as an MLA I will do that I will build a bus stand and railway station for connectivity. Because when tourism will increase here then people will get employment,” she added.

She further said that she will also work for the farmers.

“Every year because of flood crops are damaged so I will work for that. I will take this matter to the state assembly. There is only one sugar mill here and because of which farmers face a lot of problems. So to save their time I will open more sugar mills,” she added.

Further speaking on her bikini pictures, Ms Gautam urged people to not merge her profession in the media industry with her political career.

“I represented India in Miss Bikini 2018. I was Miss Uttar Pradesh 2014 and Miss Cosmo World 2018. I request people to not merge my profession in the media industry with my political career,” said Ms Gautam.

Hastinapur is a historical land that dates back to the Mahabharata period. It is said that Hastinapur was the capital of Pandavas during the time of Mahabharata. On a political note, it is also said that the party whose candidate wins the Hastinapur seat, forms the government in the state.

In the first list of 125 candidates for UP polls, 50 candidates are women, including Asha Singh, mother of the Unnao rape victim. From Shahjahanpur, Congress has fielded ASHA worker, Poonam Pandey, who led an agitation for a raise in honorarium.

The counting of votes will take place on March 10.

Congress has been out of power in the state for more than 30 years. In the 2017 Assembly elections, the BJP won a landslide victory winning 312 Assembly seats. The party secured a 39.67 per cent vote share in the elections for 403-member Assembly. Samajwadi Party (SP) bagged 47 seats, BSP won 19 while Congress could manage to win only seven seats.

ReformerNews - January 17, 2022 0
New Delhi: On the occasion of lyricist and poet Javed Akhtar's birthday, his son Farhan Akhtar took to Instagram to wish his father...
© ReformerNews 2021. All Rights Reserved
%d bloggers like this: