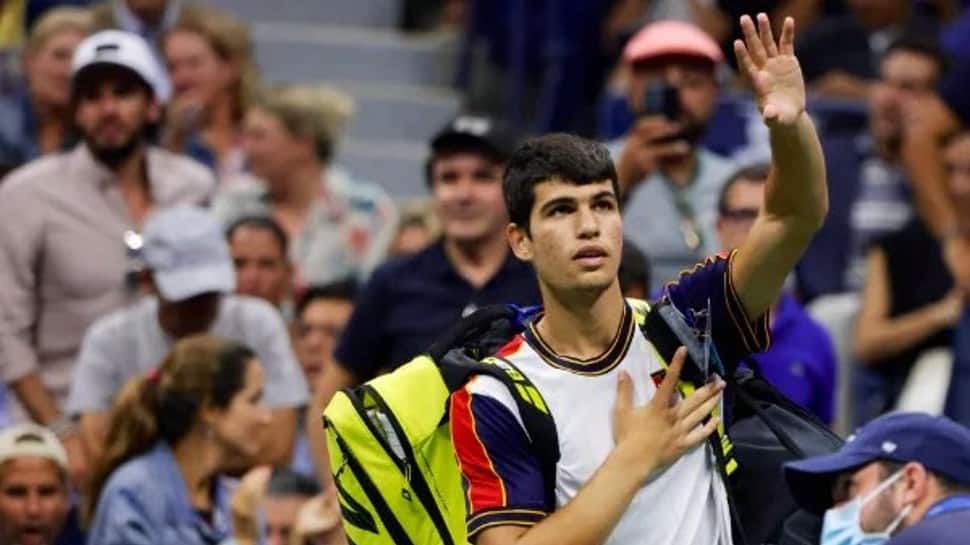 Spain’s Carlos Alcaraz has been ruled out of the Davis Cup Finals after testing positive for COVID-19, the country’s tennis federation (RFET) said in a statement on Thursday (November 25). It was a huge blow for holders Spain who take on Ecuador in their Group A opener in Madrid on Friday.

“I wanted to communicate that today I have tested positive for COVID-19 which will prevent me from playing the Davis Cup that I was so excited about,” Alcaraz, 18, wrote on Instagram.
“At the moment I am very well, with very mild symptoms and we will see how it progresses. A lot of encouragement to the whole team, I will be cheering and watching on television.”

If you test everyone every 2 days you’ll have a few false positives just based on the law of averages.

Not suggesting Carlos Alcaraz isn’t positive, but the testing regimen is insane. pic.twitter.com/vA3EkgWPuZ

The RFET added that the rest of the Spanish team had undergone another round of PCR tests earlier on Thursday. The 18-year-old Alcaraz, who has enjoyed a breakthrough year on tour, won his first ATP title the Croatia Open in July before rounding off the season with victory at ATP Next Generation finals this month.

Spain were already without 20-times major winner Rafa Nadal due to a foot injury, as well as Roberto Bautista Agut, who withdrew from the event this week with an abdominal injury and was replaced by Albert Ramos.

ReformerNews - December 3, 2021 0
New Delhi: WhatsApp may be your favourite app since it allows you to stay in touch with your friends, family, and coworkers without...
© ReformerNews 2021. All Rights Reserved
%d bloggers like this: