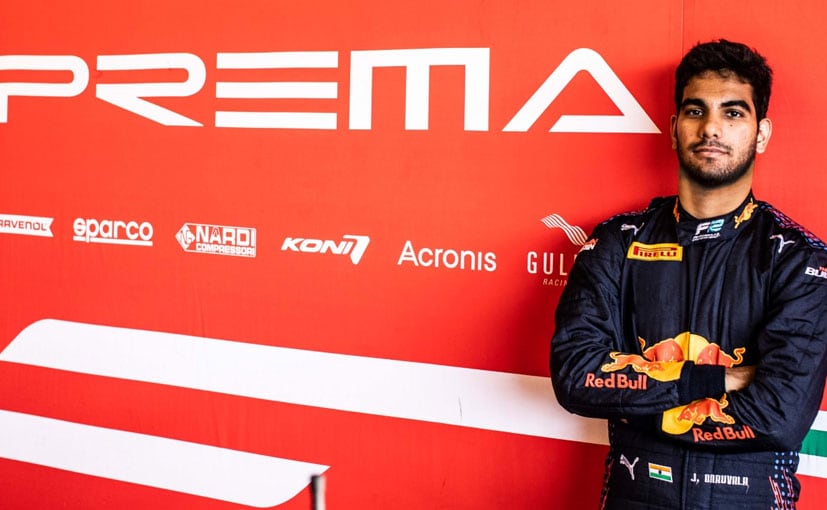 Jehan Daruvala goes back to Prema, where he raced during Formula 3. It’s also the most successful team on the grid as three-time F2 champions, opening new possibilities for the racer.

Indian racing driver Jehan Daruvala will continue to compete in Formula 2 in 2022 and has switched to the Prema Racing team from Carlin Motorsport. The driver goes back to Prema, where he raced during Formula 3. Prema is also the most successful team on the grid as three-time F2 champions, opening new possibilities for the racer. In addition to joining a new team, Daruvala will continue his association with the Red Bull Junior Team for the third consecutive year. The Red Bull Junior program has nurtured several current F1 drivers including the likes of reigning world champion Max Verstappen, Sebastian Vettel, Pierre Gasly and many more.

Jehan joins Prema on the back of an impressive finish to the 2021 F2 season. The driver managed a strong show throughout the season bagging two victories and several podium finishes through the year. At Prema, the driver will look to consolidate these performances, and convert his raw speed into more wins.

Speaking about joining Prema, Jehan said, “I am thrilled to join hands with Prema once again. Charles (Leclerc) and Mick (Schumacher) clinched F2 titles for Prema Racing and went on to race in F1 the very next year. I hope to follow in their footsteps.”

In addition to competing in F2, Jehan will also undergo regular evaluations at the team’s fitness facilities in Austria, just like Max Verstappen and Sergio Perez. He will continue to drive the team’s F1 simulator at its base in Milton Keynes.

Prema Formula 2 team principal Rene Rosin said, “We have had a great relationship with Jehan when we raced together in FIA F3. We have deep respect for his skills and work ethic. He fits our team very well and I’m looking forward to seeing how much progress he has made in the last couple of years. He performed impressively in post-season testing. Together with the Red Bull Junior program, we will provide him with all the support he needs to pursue his goals.”

During Jehan’s previous stint with Prema racing in 2019, the racer finished third in the championship after a season-long battle with his teammates. The move to Prema also brings him one step closer to the dream of securing an F1 season. The racing team has previously delivered racers like Charles Leclerc and Mick Schumacher who raced with the team in F2 and transitioned to F1 in their respective careers.

The 2022 F2 championship will comprise 14 rounds and 28 races. The season kicks off on March 18, 2022, in Bahrain with the final race in Abu Dhabi on November 20, 2022. F2 works as a support race to F1 and will take place at the same venues that include some of the best circuits in the world.

Tesla CyberTruck Could Be Offered In 2 Sizes Starting From March

Bipasha Basu Makes Her “Sunday Pizza”; Guess What Happens Next