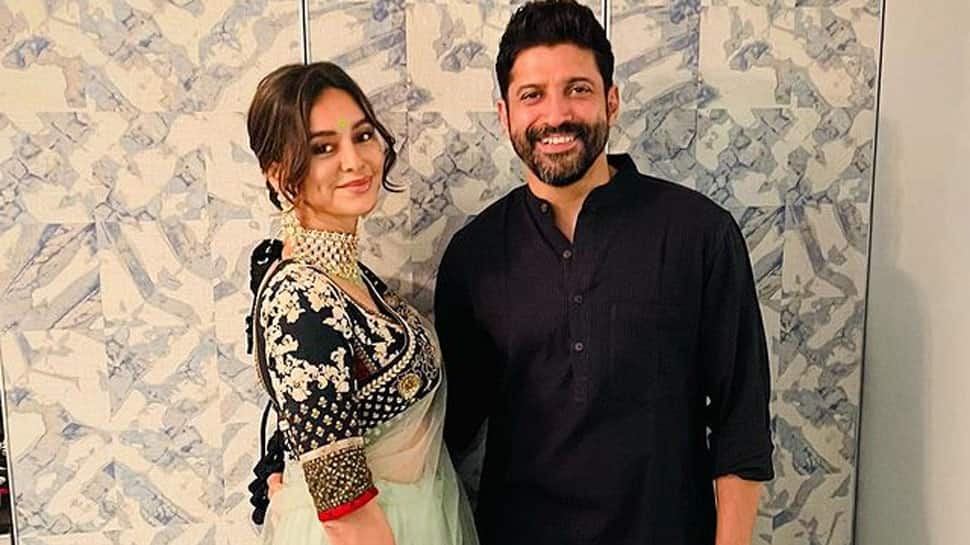 New Delhi: Speculation is rife that filmmaker-actor Farhan Akhtar and girlfriend Shibani Dandekar have decided to get married and the date has been finalised as well. Yes, and the buzz is strong that it will happen next month.

Many reports state that the duo will have a registered marriage. Popular pap Viral Bhayani shared the news on his page with information reading: Fresh wedding rumours about #farhanakhtar and #shibanidandekar They would register their wedding on Feb 21st. The couple has not issued any clarification or issued any statement so far.

Looks like the duo has fixed February 21, 2022, as the D-Day date. But nothing has been confirmed by the couple as yet.

The fab-looking duo has never really spoken about their relationship status in public yet buzz about them being a couple has often made it to the headlines. They have also been spotted hanging out at popular restaurants in and around the city, setting rumours mills on fire about their alleged link-up.

Farhan separated from his wife Adhuna Bhabani after staying together for 16 long years. They have two daughters together—Shakya and Akira. The two continue to stay cordial with each other.

Shibani is a model-turned-VJ and has participated in reality shows such as ‘Khatron Ke Khiladi’ and ‘Jhalak Dikhla Ja’. She was one of the co-hosts of the 2019 ICC Cricket World Cup.

Known you to be thoughtful, restless, curious: Farhan on father Javed Akhtar’s birthday

I learnt from him, from a distance, like Ekalavya did: Kamal Haasan on Pandit Birju Maharaj demise

ReformerNews - January 17, 2022 0
<!-- -->The Houthis have repeatedly launched cross-border missile and drone attacks on Saudi Arabia.Dubai: Yemen's Iran-aligned Houthi movement said on Monday it had...
© ReformerNews 2021. All Rights Reserved
%d bloggers like this: