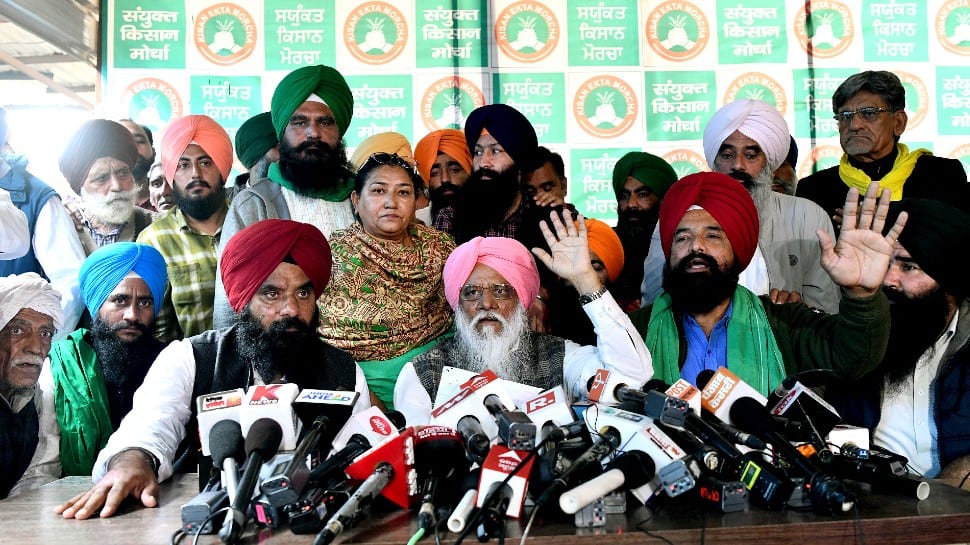 New Delhi: Days after Prime Minister Narendra Modi announced the withdrawal of the three contentious farm laws, the Samyukt Kisan Morcha on Sunday (November 21) shot off an open letter to him putting forth six demands.

Refusing to end the agitation as was suggested by the PM, the SKM said the protests will go on as per the existing schedule until all of their demands are not fulfilled.

The farmers’ group welcomed the PM’s decision to repeal the three laws but noted that it came as a “unilateral declaration rather than a bilateral solution”.

The farmers reiterated their demand for a law ensuring minimum support price (MSP) for all farmers. Apart from this, there were several other points on which the SKM urged to have a discussion soon.

Here are the six demands SKM made in their letter to PM Modi:

1. MSP based on the comprehensive cost of production should be made a legal entitlement of all farmers for all agricultural produce so that every farmer of the country can be guaranteed the MSP announced by the government for their entire crop.

3. Removal of penal provisions against farmers in the ‘Commission for Air Quality Management in the National Capital Region and Adjoining Areas Act, 2021

4. Sacking and arrest of Union Minister of State for Home Ajay Mishra, whose son is an accused in the Lakhimpur Kheri violence.

5. Withdrawal of all cases filed against thousands of farmers in Delhi, Haryana, Chandigarh, Uttar Pradesh and other states during the protests.

6. Providing compensation and rehabilitation support for the families of the over 700 farmers who died during the agitation. Land should be allotted at the Singhu Border to build a memorial for the deceased farmers.

The SKM said that the government should immediately resume talks with the SKM on the six issues.

Don’t Know If I Will Ever Walk Again But Lucky To...

ReformerNews - December 3, 2021 0
Former New Zealand all-rounder Chris Cairns does not know if he will ever walk again but says he is lucky to be alive...

ReformerNews - December 3, 2021 0
Xiaomi 12 rear panel image has been leaked suggesting the camera design of the smartphone's vanilla model. The image shows the phone with...

ReformerNews - December 3, 2021 0
<!-- -->Israeli firm NSO Group has denied all claims of wrongdoing in relation to Pegasus (File)New Delhi: The government has "no proposal for...

How To Make Bombay-Style Bhel Puri: A Delectable Street Food To...

ReformerNews - December 3, 2021 0
Think of Mumbai, and you will instantly be reminded of the bustling streets, a beautiful view and of course, the delicious street foods!...