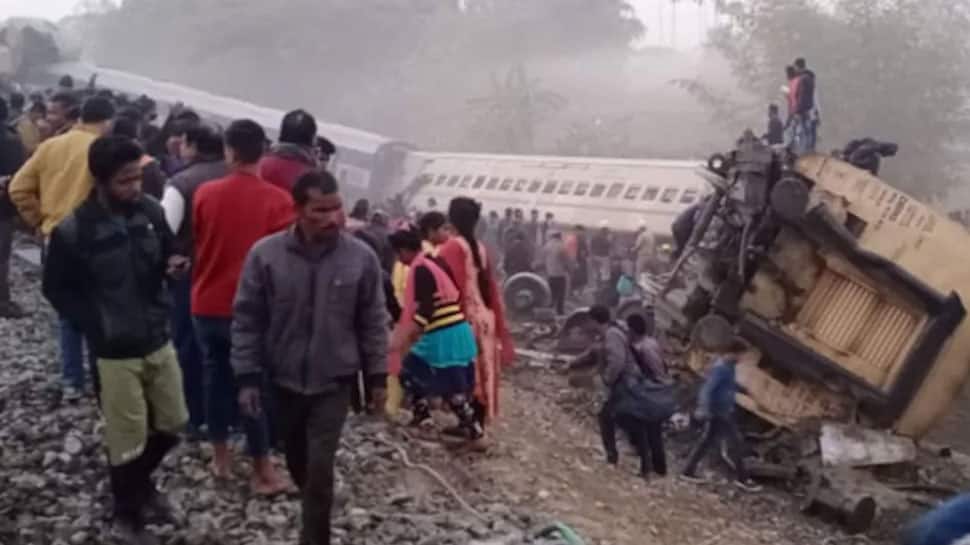 New Delhi: The Indian Railways has announced an ex-gratia relief of Rs 5 lakh for the kin of the deceased in the train accident in West Bengal`s Jalpaiguri district where multiple coaches of the Bikaner-Guwahati Express derailed on Thursday evening.

Enhanced amount of ex-gratia compensation to the victims of this unfortunate accident:
Rs. 5 Lakh in case of death,
Rs. 1 Lakh towards grievous and
Rs. 25,000 for minor injuries.

According to PTI, at least five people were killed and 45 others were injured in the mishap that took place near Domohani (West Bengal) in which several bogies of the 15633 Up Express passenger train overturned after derailing between New Domohani and New Maynaguri stations at 16.53 hours today.

Railway and district officials rushed to the site, along with the accident relief train and medical van. The Railways has also launched an inquiry into the train derailment incident.

Union Minister Vaishnaw will visit the accident site to take stock of the incident on Friday. The Railway Minister also informed that he spoke with Prime Minister Narendra Modi and apprised him about the rescue operations being undertaken.

“I am reaching the site tomorrow morning. Medical teams, senior officers at the spot. PM Modi also took stock of the situation and rescue operation. Our focus is on rescue. Ex-gratia also announced,” he said.

In an unfortunate incident today, Train no. 15633 Bikaner – Guwahati Express got derailed near New Domohani station under Alipurduar Jn division of N.F. Railway.

Railway has announced ex-gratia payment to the deceased & injured. pic.twitter.com/kcVgfgPDAx