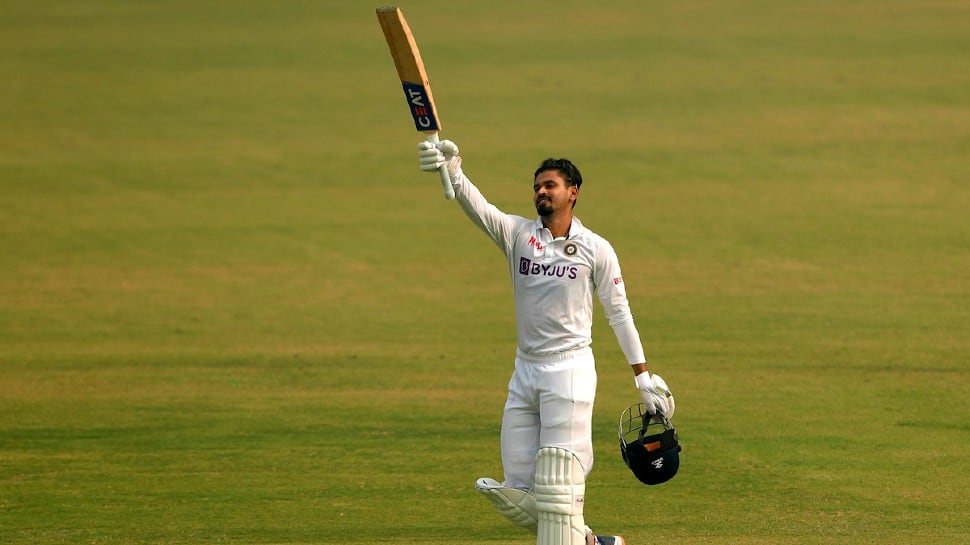 Mumbai batter Shreyas Iyer on Friday (November 26) became the 16th Indian batter to make a hundred on his Test debut, joining an illustrious list which includes the legendary Lala Amarnath, Gundappa Viswanath, and BCCI president Sourav Ganguly among others. The elegant right-hander, who hails from Mumbai’s Worli area, achieved the feat in the ongoing first Test against New Zealand on the second day of the match at the Green Park Stadium in Kanpur.

Iyer scored 105 off 171 balls, striking 13 fours and a couple of sixes during his brilliant effort. He was dismissed by Tim Southee. He became the second batter after Viswanath to score a hundred on his Test debut at Kanpur. The 26-year-old is also the third Indian to score a hundred on debut against New Zealand.

The latest addition into the Centuries on debut for India club – @ShreyasIyer15 #TeamIndia #INDvNZ @Paytm pic.twitter.com/r9yl1kFjQa

Arjan Kripal Singh, who achieved the feat in 1955, and Surinder Amarnath, who scored a hundred against the Black Caps on his debut in 1976, are the other two Indians to have achieved the same. Iyer is also the third Mumbai player after Rohit Sharma and Prithvi Shaw to slam a hundred on Test debut.

Centuries on Test debut by Indians:

The right-handed batter walked in confidently and smashed two boundaries in Kyle Jamieson’s first over at Green Park, Kanpur on Friday. Shreyas then continued his fine form and brought up his maiden Test ton. “A debut to remember for @ShreyasIyer15 as he brings up his maiden Test century,” BCCI tweeted.

On Thursday, Shreyas received his Test cap from former skipper and legendary cricketer Sunil Gavaskar ahead of the first match against New Zealand.

India ended Day One at 258/4 after being down to 154/4 in the second session.In the third and final session of Day One on Thursday, Shreyas and Jadeja ensured that India do not lose any more wickets before the close of play.

“Common Sense Is Not So Common”: Wasim Jaffer Sympathises With Virat...

ReformerNews - December 3, 2021 0
Team India skipper Virat Kohli, who decided to skip the first Test against New Zealand in Kanpur to manage his workload, returned to...

ReformerNews - December 3, 2021 0
<!-- -->Bramha Mishra in a still from the old video. (courtesy: bramhaamishra)HighlightsBramha Mishra was found dead at his Mumbai house He was best-known...

ReformerNews - December 3, 2021 0
<!-- -->New Delhi: The Government on Friday sought Parliament''s nod to infuse over Rs 62,000 crore into the company that holds residual assets...
© ReformerNews 2021. All Rights Reserved
%d bloggers like this: