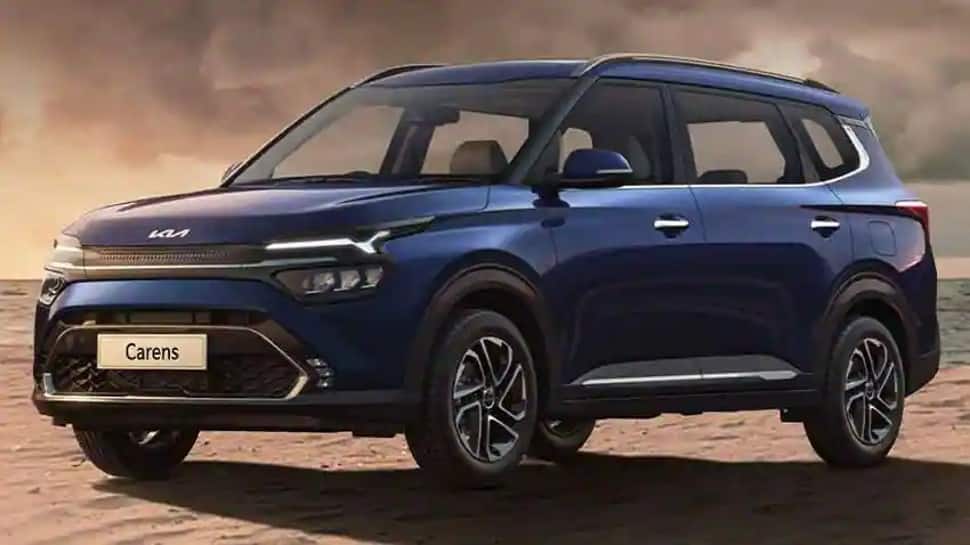 After Hyundai Alcazar, the Korean carmaker Kia has also decided to step into the three-row car market with the Kia Carens. The Kia Carens is  expected to be competing with the Alcazar by being in the same price slab and having very similar specs as the Alcazar. The only difference between the two vehicles is that the Alcazar falls in the SUV category. Conversely, Carens is an MPV.

Though these vehicles are very similar, the stats and specs on paper have slight differences that can make a big difference. Since bookings for Kia Carens has started from January 14, 2022, and the sales from February, we are comparing both these vehicles bumper to bumper to make sure that you make an informed decision on which one to buy.

Both Alcazar and Carens have very similar stats on the scale. Alcazar has a 4,500mm long body, whereas Carens are 4,540mm long. Similarly, Alcazar has a width and height of 1,790mm and 1,675mm compared to 1,800mm and 1,708mm of Carens, respectively. These stats remain congruent for the wheelbase with 2,760mm and 2,780mm for Alcazar and Carens, respectively.

What does this mean for you? Due to slightly higher dimensions, Kia Carens will be more comfortable considering the legroom and space in the car. Though the chances are that this extra length might make the car lose its edge on manoeuvrability.

Though these features match up and bring both these cars on a similar level, the Alcazar gets an edge with a few extra features like a traction control system.

All of this makes Kia Carens better at safety for the base variants when taken into account.

Hyundai Alcazar has a 2.0-litre engine working with a six-speed manual gearbox with six-speed automatic transmission. It produces 157 bhp and 191 Nm of maximum torque. However, Kia Carens provides two options of a 1.5-litre petrol engine or a 1.4-litre turbocharged petrol unit. The 1.5-litre engine gives out a 113 bhp torque of 144 Nm, combined with a six-speed manual transmission. However, the 1.4-litre turbocharged engine packs 138 bhp and 242 Nm of torque working 7-speed dual-clutch transmission controlled by paddle shifters.

Both Alcazar and Carens have got a similar engine of the 1.5-litre engine giving out 113 bhp and 250 Nm of torque. Congruently both work with a six-speed manual gearbox and an option of six-speed automatic transmission.

This is all the information you might need to make an informed choice between these cars. Though it is evident that Kia Carens gets an edge because of being better on the scale and the safety features, things get a bit balanced by Alcazar because of the features. Coming to price is Kia Carens’s price range is expected to be around Rs 11-18 lakh, however, Alcazar comes in the range of Rs 16 lakh to Rs 20 lakh.

ReformerNews - January 22, 2022 0
Kohli was dismissed for a duck in the 2nd ODI against South Africa in Paarl on Friday.© AFPFormer India captain Virat Kohli is...

ReformerNews - January 22, 2022 0
<!-- -->On being alerted, the fire brigade personnel and police rushed the spot.Two people have died after a major fire broke out inside...

Four Indians, including an infant, freeze to death at Canada-US border,...

ReformerNews - January 22, 2022 0
New Delhi: Four Indian nationals, including an infant, have frozen to death on the Canadian side of the border with the United States...
© ReformerNews 2021. All Rights Reserved
%d bloggers like this: