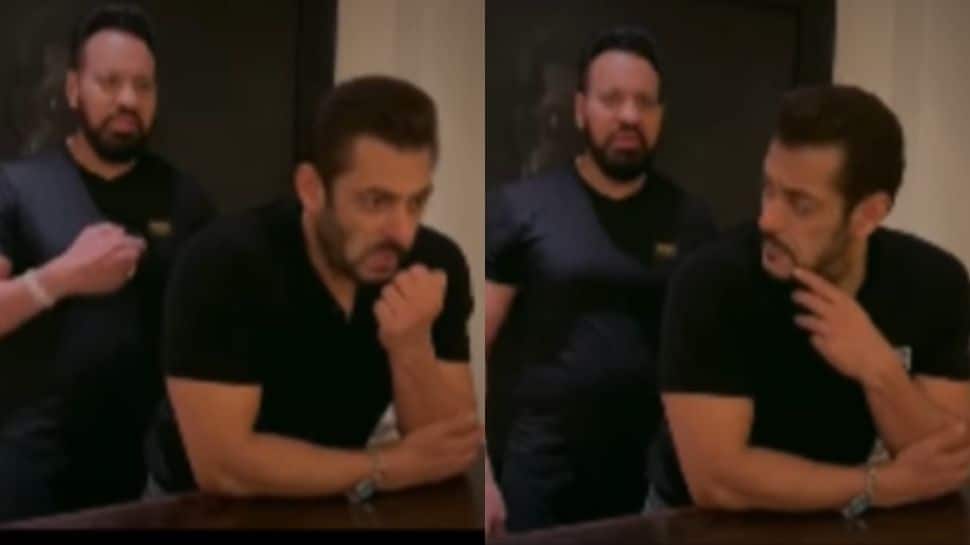 On Thursday (November 25), the actor had taken to Instagram to post a video of him and his bodyguard. In the video, Salman’s bodyguard Shera was seen reciting his dialogue from ‘Antim’. He told Salman, “Jis din ye sardar ki hategi na, uss din sabki phat**i… aaj ye sardar ki hat gayi hai.”

Take a look at the video:

‘Antim: The Final Truth’ which is directed by Mahesh Manjrekar is all set to release on November 26 in theatres. Salman Khan will play the role of a Sikh cop for the first time in a film.

Aayush, who will star as an antagonist in ‘Antim: The Final Truth’ opposite his superstar brother-in-law Salman Khan, confessed that he did not want the latter to be part of the movie and even asked Arpita Khan to convince her brother.

Aayush had revealed, in an interview, that he was afraid that starring in a film with Salman would start a new ‘nepotism’ debate.

Talking to News18, the actor had revealed, “ I was vehemently against the idea of hitting Salman bhai back on screen. It is a big seniority jump. In the beginning of the process of making this film, I was anxious about the fact that he is in the film.

“There are going to be multiple notions about it including the fact that we are a family, he is making this film to help me in my career and also to spark another conversation on nepotism. Initially, I was against the idea of Salman bhai being a part of Antim. I didn’t want him to do the film and I told him that. In fact, I went to all the people in the family to convince him not to do it,” he added.

However, in the end, Arpita Khan convinced Aayush to take the leap.

The actor plays a gangster while Salman Khan plays a police officer. The film also features Mahima Makwana as Aayush’s love interest in the film.

ReformerNews - December 3, 2021 0
New Delhi: WhatsApp may be your favourite app since it allows you to stay in touch with your friends, family, and coworkers without...
© ReformerNews 2021. All Rights Reserved
%d bloggers like this: