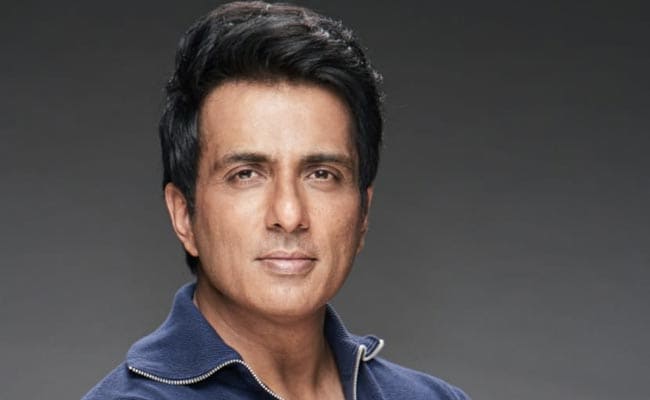 Actor Sonu Sood, who earned much praise and appreciation for helping migrants during the lockdown, is now being applauded for his response to a Twitter user who offered him roti cooked over an earthen stove. When a fan shared an image of a chapati being cooked on a chulha for him, the Bollywood actor asked the person whether he could also get some pickles and dal to go with the chapatis.

Dal-roti is a popular meal in northern India, especially Punjab. The fan shared the image in response to a tweet from Sonu Sood in which the actor denied reports that he would be in Punjab for a function. Sonu Sood said he is “busy shooting in Mumbai” for the next few days.

“Sir jee, this hot chapati being cooked on a chulha for you,” the user wrote along with the picture.

Sonu Sood quote tweeted the post, saying, “Brother, can I get some pickles and dal as well?”

The fan had commented on an earlier post by Sonu Sood in which the actor denied reports that he would be in Punjab for a function. Sonu Sood said he is “busy shooting in Mumbai” for the next few days.

Meanwhile, Sonu Sood’s call for some pickles and dal has got some interesting reactions from Twitter users. It has also received about 19,000 likes.

“You will get “makke ki roti” and “sarson da saag”,” said one user in Hindi.

“Only the lucky ones get chulhe ki roti,” a person wrote.

One user said this is the ”real India” and “a 5-star hotel cannot match (the taste of rotis made on a) chulha.”

“Sonu Sood sir’s efforts during the pandemic are truly commendable. Indeed a gem of a person we love you, sir,” read one of the comments.

Sonu sood sir efforts during the pandemic are truly commendable ❣️???? indeed a gem of a person we love you sir @SonuSood#SonuSoodRealHeropic.twitter.com/hAAZZdb52L

Recently, the Dabangg actor treated his fans to a throwback image of himself from a film in which he portrayed the revolutionary freedom fighter, Bhagat Singh. He played the character in the movie Shaheed-e-Azam.

Watch: Goat Escapes With Office Files In Kanpur, Employee Runs After It

Woman Breastfeeds Cat On Plane, Refuses To Stop When Asked

ReformerNews - December 3, 2021 0
New Delhi: We have seen multiple renditions of the Sri Lankan viral song Manike Mage Hithe so far. Joining the bandwagon is this...

Achari Aloo Tikka: Give Potatoes A Spicy Makeover With This Fiery...

ReformerNews - December 3, 2021 0
Indian food is packed with gastronomic wonders. A wide range of remarkable dishes keep us satisfied for a long time. And with plenty...
© ReformerNews 2021. All Rights Reserved
%d bloggers like this: