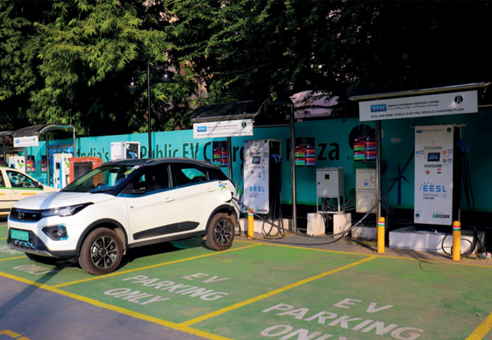 EVs are the vehicles of the future and several Indian cities have already adopted the infrastructure needed to make them function.

Electric Vehicles or EVs are gaining prominence in India, especially among the youth. Our government is also aware of the need for clean transport and has started introducing and implementing policies needed to improve the EV infrastructure. Hence, under the Faster Adoption and Manufacturing of Hybrid and Electric Vehicles (FAME) India Scheme, 350 electrical charging points were installed in the major cities across the country. Here’s a list of the top Indian cities with electrical charging points:

The government of Delhi announced that Delhi will tackle the environmental crisis by installing electric charging points all across the city, on August 7, 2020. The government’s aim is to make Delhi the EV capital for India and a city that inspires the world to adopt electric vehicles as the primary source of travel. Under the FAME scheme, 94 EV charging stations have been installed in the capital so far and the plan for further expansion is underway.

Chandigarh government has proposed an incentive on the purchase of electric vehicles in a bid to promote cleaner and eco-friendlier modes of transportation. According to their plan, the first 1000 people to purchase EVs will get an incentive of Rs 5000 per kWh of battery. As for two-wheelers, ₹ 5000 incentives will be applicable for the first 2000 vehicles, per kWh of battery. Incentives will also be applicable for three-wheeler purchases.

Jaipur is the third leading city in the count for electric charging points for EVs. Jaipur government is also taking measures to educate the local people and spread awareness for choosing an eco-friendly vehicle.

While these measures mark the progress in phase one of the FAME scheme, phase two of the scheme will introduce tighter measures to promote the personal use of electric vehicles in India. The government has laid down detailed plans to clear up the infrastructural space for installing EV charging stations in all cities and plans to make EV a known and trusted mode of transport in both two-wheeler and four-wheeler categories. One can also observe the shift happening in the three-wheelers segment and with public transport like busses. Electric autos and busses will define the future of public transport and will also make travel more economical and efficient.

Major brands like Tata, Ola, Bajaj, and TVS are introducing cars and two-wheelers that will suit the needs of the future with their EVs. With electric vehicles, we can hope to reduce global warming and make the world a better place for future generations.

ReformerNews - December 3, 2021 0
The politics around Oxygen started with the second wave of Covid-19 and some states went to courts and showed increased demand for oxygen...
© ReformerNews 2021. All Rights Reserved
%d bloggers like this: