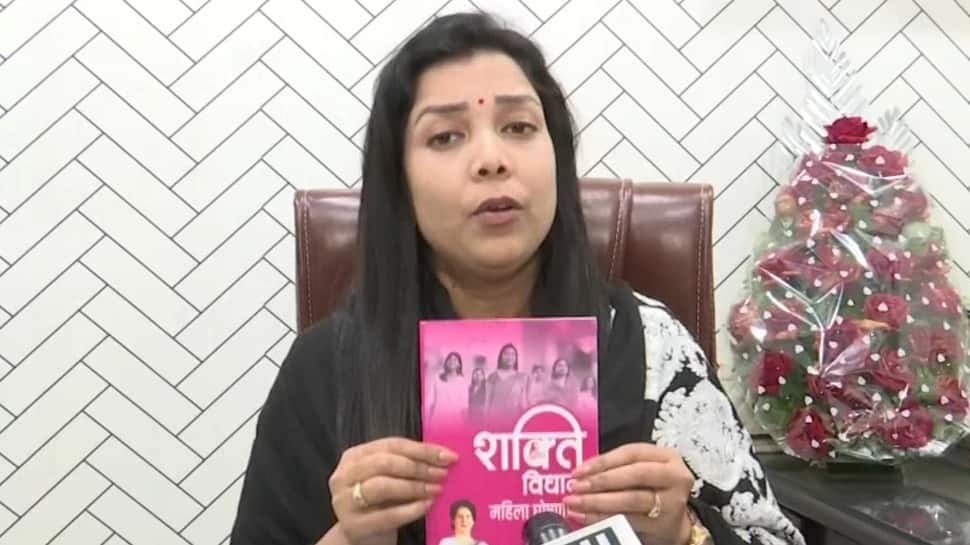 Lucknow: Congress worker Priyanka Maurya, the poster girl for the party`s campaign `Ladki Hoon, Lad Sakti Hoon` for Uttar Pradesh polls has alleged that she was denied a ticket for the assembly elections because she refused to pay a bribe for the same.

She claimed that instead of giving the ticket to her, it was given to a person who joined the party just a month back.

“I completed all the tasks but the ticket was pre-planned and was given to a person who came just a month back. I want to send this message to Congress leader Priyanka Gandhi that such things are happening on the ground,” said Maurya while speaking to ANI.

She further alleged that she got a call from an unknown person wherein the caller asked her for money in return for a ticket, to which she refused.

“I am sad that despite my hard work in the constituency, I didn`t get the ticket for UP assembly polls. My face was used in the `Ladki Hoon Lad Sakti Hoon` campaign. I received a landline call and the caller asked me for money for a ticket but I refused,” she added.

I completed all the tasks but the ticket was pre-planned and was given to a person who came just a month back. I want to send this message to Congress leader Priyanka Gandhi that this type of work is happening on the ground: Priyanka Maurya, poster girl of UP Congress campaign pic.twitter.com/FyVRrMJXfu

Congress Party is running a campaign across the state to target women voters with the slogan “Ladki hun Lad Sakti hun ” under which such marathons were being organized over the last few months which were addressed by the All India Congress Committee (AICC) in charge of UP, Priyanka Gandhi Vadra.

This voice of women empowerment echoes loud and clear across Rae Bareli, across UP, across India.#यूपी_का_शक्ति_संवाद pic.twitter.com/3gjijUz5G7

ReformerNews - January 17, 2022 0
New Delhi: After receiving requests from several political parties including the Congress and Bharatiya Janata Party (BJP), the Election Commission on Monday (January...
© ReformerNews 2021. All Rights Reserved
%d bloggers like this: